Skip to content
The Labradoodle is a hybrid cross between the Labrador Retriever and the Standard Poodle. It was bred specifically to be a hypoallergenic dog and is suitable in homes where people have allergies to dogs.

However, people are often concerned about how big a fully grown Labradoodle gets. There are several different factors on which the size of Labradoodle depends. We will look at these factors one by one.

Note: The Sizes and weights are listed above are just for estimation. Labradoodle can be larger or smaller than the following sizes.

Size of a full grown Labradoodle

Generally speaking, sizes and weights can vary from size to size. In this post, I will explain each and every size of the Labradoodle breed.If you’re interested in knowing the sizes of Labradoodle then read this post to find out how big a Labradoodle will grow, what factors affect a Labradoodle’s weight and height, and when Labradoodles stop growing!

Labradoodles come in five different sizes: teacup, toy, miniature, medium and standard. The biggest factor when it comes to determining the size of a Labradoodle is the breed of its parents.
1. Teacup Labradoodle
2. Toy Labradoodle
3. Mini Labradoodle
4. Medium Labradoodle
5. Standard Labradoodle 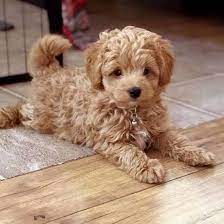 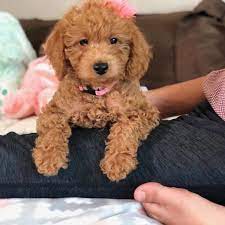 How big do Toy Labradoodle grow? So, in this way, the size of a Toy labradoodle when it is fully grown is around 13 to 20 pounds in weight and it is 13 to 15 inches in height. 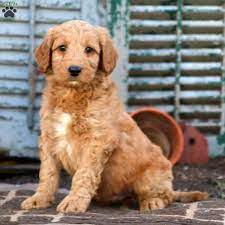 Just like the Teacup Labradoodle, Medium Labradoodle is also the unofficial size among the different sizes of Labradoodles. This size is often used for describing the smaller Standard Labradoodles or the larger Miniature Labradoodles. 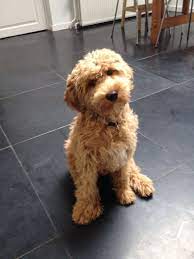 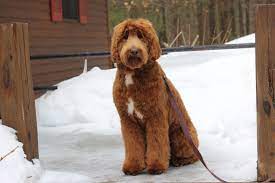 When Do Labradoodles Stop Growing? 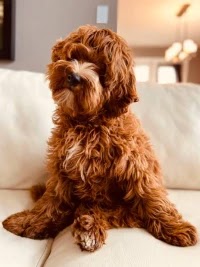 The reason is the large size of Standard Labradoodles because bigger dogs grow slowly as compared to small-sized dog breeds.

In the first year, Medium or Standard Labradoodle will usually grow like a weed but they will continue growing until the age of 2 years.

It also depends on the mixes of breeds that create Teacup, Toy or Mini Labradoodles but they should generally stop growing by 7 to 12 months.

Factors Impacting the Size and Weight of Labradoodles

Another important factor to consider while making the estimate is the size of parent breeds. Genetics are important and they are passed from the parents to offspring. Similarly, a Labradoodle puppy will also get the traits of its parents.

If one of the parent breeds have a smaller size, then there are likely chances that the Labradoodle puppy will be smaller than the average size.

Conclusion for Labradoodle, and their full grown size

We hope this article helped you learn about the different sizes of Labradoodle and now you know the answer to how big do Labradoodle get when they’re full grown. Whenever you buy any dog breed, size is an important factor that you should consider. All dogs are not the same size, so choose the right size according to your family’s needs.

A guest post from Lauren Groff about how to ease dog anxiety Good Boy: 6 Great Ways to Ease Your Dog’s Anxiety Seeing a dog…

Purebred or Crossbred Dog – Thank you to Deinah Storm for this guest article. Author’s bio can be seen at the bottom of this post. There’s…